The actor-filmmaker won three National Awards, 11 Filmfare trophies, and was conferred with the Padma Bhushan and Dadasaheb Phalke awards.

New Delhi: It was on this day 1988 when the greatest showman of Hindi cinema Raj Kapoor passed away, leaving behind some iconic films and memorable characters that are cherished even today.

Remembering his late father on June 2, the veteran actor Rishi Kapoor who is in New York for medical treatment for the past eight months, paid homage to him on Twitter. 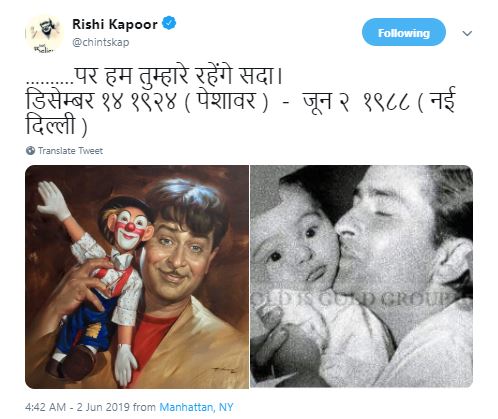 Shatrughan Sinha, who worked with Raj Kapoor in the film Khaan Dost, also paid tribute to the late actor.

“Floral tributes, remembrances, salutes for the exceptionally powerful actor, director in the history of Indian Cinema #RajKapoor. He established himself at an extremely young age with his own studio & debut film ‘Aag’ as a director. He was known for his ostentatious style of film,” Shatrughan tweeted. 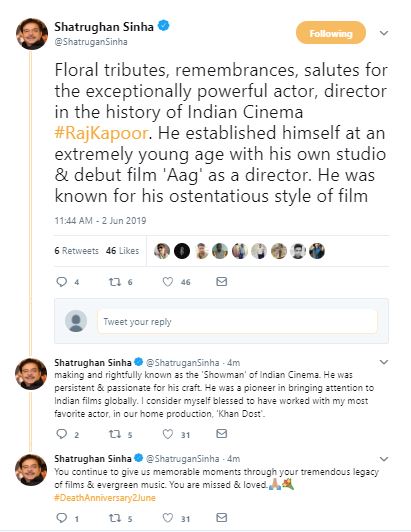 Raj Kapoor established his own studio, RK Studio, and became the youngest director of his time with his directorial debut, Aag.

“Tribute to Raj Kapoor, legendary actor and director, and Debendra Mohan Bose, veteran physicist, on their death anniversaries,” she wrote. 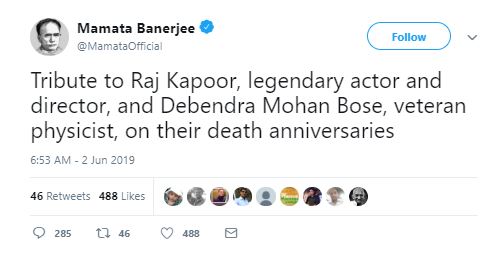 Raj Kapoor was born on December 1924 in Khyber, Peshawar, and breathed his last in June 1988 in New Delhi.

Meanwhile, Twitterverse also paid tribute to one of the greatest Bollywood superstars.

“The Greatest Showman #RajKapoor was a supremely talented artist in all aspects of film making. He is also known as the #CharlieChaplin of Hindi cinema, as he often made films based on the common man’s life & showed the protagonist to be happy & positive,” tweeted one user. 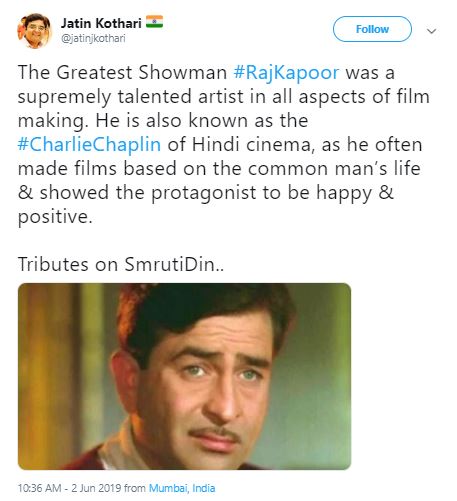 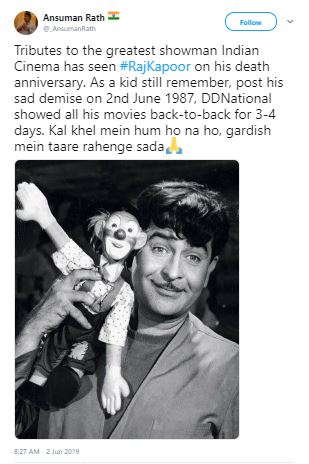 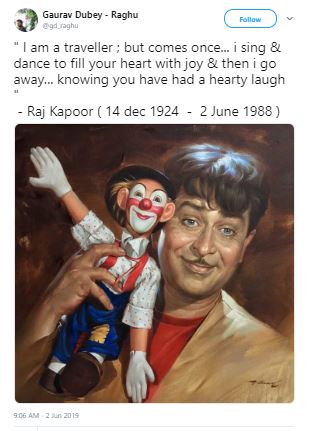 It was set up by the legendary actor in 1948, a year after India gained Independence from the British Raj.

Salman Khan, a monkey and an important environment message